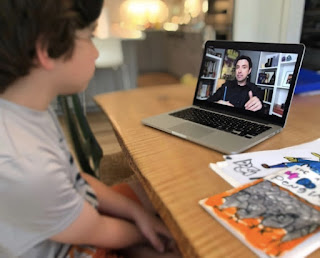 We had so much fun at today's creative camp over Zoom, that I have added sessions through the end of July! These are week-long sessions, cap at 50 participants, and are best for kids 8-12. (But don't fret if you'd like to sign up a young artist that is slightly younger or slightly older!) We also designated the July 13th week to be for 13-16-year-old creatives.

July 20-24, 4 pm ET
NEXT STEPS FOR 8-12 YEAR-OLDS (this is a continuation for campers)https://us02web.zoom.us/webinar/register/WN_JlPvRBHoQVGz1sFcL0LI4w 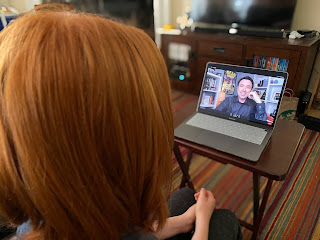 Posted by Jarrett J. Krosoczka at 9:24 AM