Words can't even begin to describe how awesome this past weekend was. Breckenridge, CO with my brother Rich, my friends Ali, James and Steve. I'll just let the pictures do the talking. 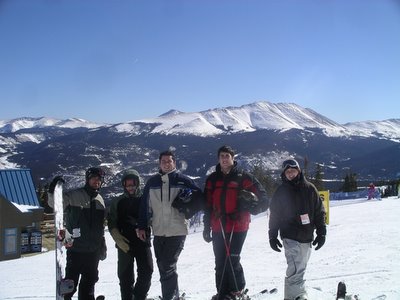 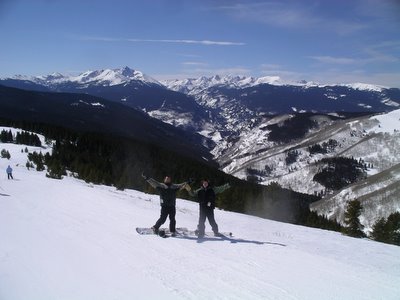 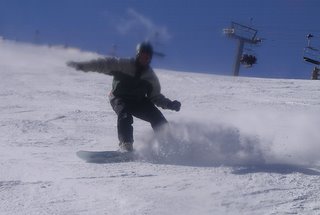 So the release date of My Buddy, Slug has been officialy been set for September 12, 2006! (It was moved up a bit.) And - the amazon.com page has popped up and the catalogue page on Random House's web site is up as well.

Last week I went into New York City for the Child Magazine Best Books of 2005 Awards celebration. I had the honor of meeting Laurent de Brunhoff, who has been creating Babar books for 60 years. It was incredible to meet someone who is a living history of the book world. Laurent was being honored with a lifetime achievement award.

There were a ton of other great authors and illustrators there as well! Mo Willems told me a while back that this event was always a stellar one – and he was so right! While I had “met” a number of the artists over the phone a few years ago when I was asking them to create snowflakes for Robert’s Snow, it was really cool to meet Mark Teague, Chris Rashka and John J. Muth in person.

I also got to meet some great fans. Including a dad who told me how much Punk Farm meant to his son and a kid who told me that his favorite bands were among those listed on Punk Farm’s website as their favorite bands.
“What are some of your favorite bands?” I asked.
“Blondie,” he responded without missing a beat. He went on to list Green Day, the Ramones and the Clash as well. So awesome. 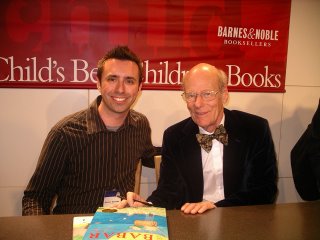 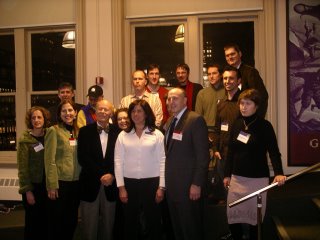 All of the authors and illustrators. 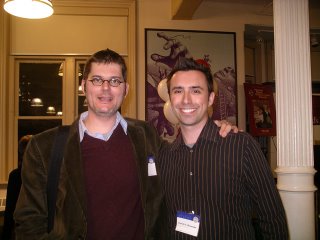 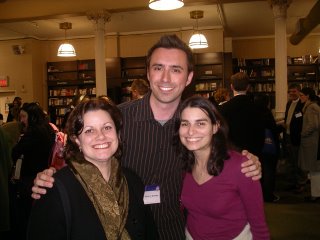 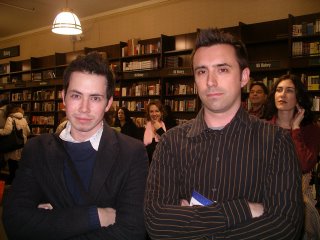 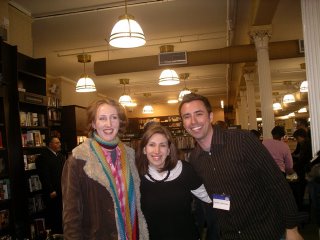 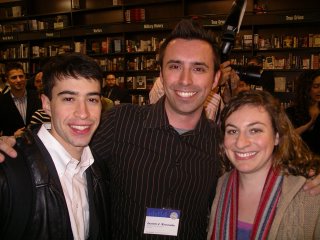 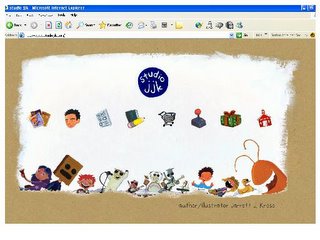 It's finished! (Well, 99% of it is at least.) There's a ton of new stuff on there, which I'll outline below, but somewhere on the site is the most embarrassing photo ever taken of me. Yes – my student ID from my freshman year of high school. But it's hidden – and hidden well! Odds are, you won't find it, but good luck!

BOOKS – In the new book section you can now download Spanish translations of my books. For those of you who teach Spanish speaking students, simply print the translations and then cut and paste them into your books. (If you notice any glaring grammar problems, feel free to correct me.) Big thanks to my mom, Jose Torres, Issha Ortiz and Jimmy Guity for their help!

ABOUT – The about section is restructured. If you loved the fake bio, you'll love the faker bio.

STORE – Aside from ordering books, you can order buttons and posters now, too.

To fully experience the site, your screen should be set to a minimum of 1024 X 768. Many thanks go to my nephew Griffin Boyle (Happy Birthday!) and good friend Jen Bailey for their voice talents.

I hope you enjoy it! 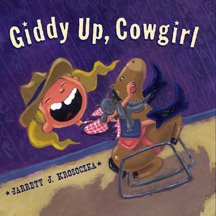 Whoa- how did this happen?! I have a book out today!!!

My 7th book - Giddy Up, Cowgirl - is officially on sale! It's about a free spirited toddler who is trying her best to help her mom run errands. But not everything works out as planned......

Take a look at a preview.

They are all represented by the same agency. It is with great pride that I announce that I now have an agent. Her name is Rebecca Sherman and she is with the prestigious Writers House. It is a decision that has been long in the making, but as my career continues to grow, I am no longer going it alone. Thank you to everyone who has listened to me and given me advice while I was searching for the right agent and while I was even considering taking one on in the first place.

I couldn't be happier about the decision. All good things to come! Stay tuned.
Posted by Jarrett J. Krosoczka at 1:11 PM 1 comment:

I am getting so excited for the Child Magazine book signing next week. If you're in New York City, you should come by. Barnes and Noble at Union Sq @ 7 PM. Check out this line up - it's out of control. I'll be honored to even be in the same room as these people!
Posted by Jarrett J. Krosoczka at 1:07 PM 3 comments:

In the beginning of January, I received a phone call from Target. They asked if I was available on January 27th and if I was willing to fly to San Diego. I don’t think I missed a beat when I said, “Yes”. They just became a sponsor for United Through Reading, which is this amazing program where people in the armed services, who are overseas, are videotaped reading a book. That DVD is then given too their children back in the US. So the event in San Diego was a kick-off for this sponsorship.

I flew out on Thursday and I went to the venue soon after I arrived (The Aerospace Museum) where they were preparing for the event. Target actually gave away 720 copies of Punk Farm to 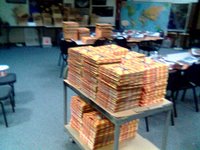 the families in attendance and I signed every single copy. (And drew a picture in every single copy, too!) It was definitely the biggest quantity I had ever signed. (It took about 3 hours or so.)

The event on Friday was amazing. Target sure knows how to throw a good party. I facilitated a mural wall with the kids. It was so cool because I don’t always get to connect one on one when I’m at book events, so it was great to go between signing books and then drawing with kids. Some kids drew about the war or their parents; some just drew Sponge Bob Square Pants. But the bottom line for me is that I was so moved by the plight that the families must endure while their loved ones are overseas. Whether spoken or not, every kid and parent there was dealing with something incredibly heavy.

On another note, I had the opportunity to meet Gloria Estafan. (She was the main attraction of the night. She spoke of her experiences having a father who was gone to war, she read her book, sang and then signed copies.) I shook her hand, looked her square in the eye and said, "Gloria, I just wanted you to know - that at my 8th grade graduation - we sang 'Coming Out of the Dark' "

I think she appreciated it.

And to see just how tight we are now, check out this drawing a kid made of us all hanging out. 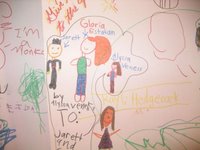